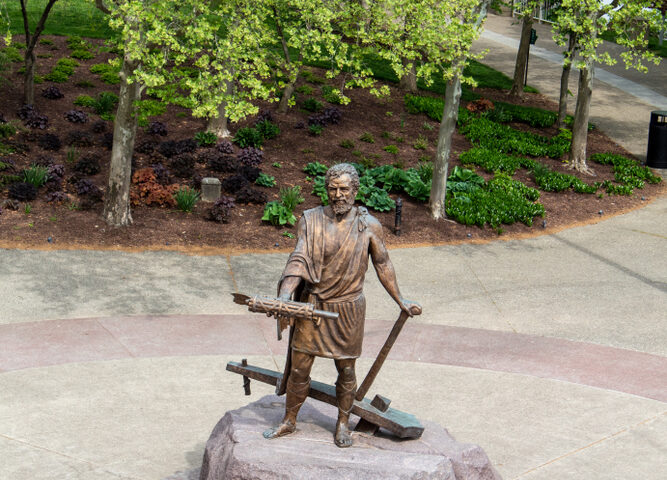 As the country heads into fall and winter of 2019 we increasingly hear about the slowing economy in the media. Whether this is wishful thinking on the part of the leftwing media and their Democratic political allies is obviously cause for debate. It is however true that President Trump has lifted the country out of the economic doldrums that the previous administration was unable to correct.

Reflecting on the economic improvements that President Trump was able to generate in the past three years, it becomes apparent that by loosening the regulatory gridlock, created by decades of progressive policy, he has been able to free American businesses to again focus on production and innovation instead of liability concerns. By pushing back at the globalist concerns and implementing policies that focus on America first, the economy in middle America is again moving towards a healthy increase in both employment and salaries. By focusing on America first the President has forced the financial markets to recognize that the economic needs of our own people constitute a concern of our government, and as such needs to be incorporated into their calculations. This shifting of emphasis has had a providential and helpful effect on the economic wellbeing of most American workers. We see a dramatically lowered rate of unemployment, an historic low in African American unemployment, low Hispanic unemployment and wages for those at the bottom of the economic ladder are increasing faster than those who move money around the world in search of the greatest return.

In looking at the economy of the United States, the Trump administration has recognized that the Communist Chinese government has continually forced American business to accommodate to their demands, while insisting on open access to our markets. With President Trump’s demand for a level playing field, and the subsequent tariff standoff between the two nations, it is incumbent on the country to look to its national security needs. We need to recognize that China does not represent a most favored trading and indeed is a continuing threat to our standard of living and security.

In light of the realities of global commerce and the importance of exports from our country around the world, even though exports are not as important to us as they are to the Chinese, it is incumbent on the government to enable our American corporations and businesses to have access to markets outside the country and allow those countries to have access to our economy on a level playing field. Ever since the Second World War the American economy has been relatively open to many countries in the world that suffered during that war, allowing them the ability to rebuild their shattered economies by trading on an equal basis with us, while enacting tariffs on our products to protect their battered economies.

With the advent of the European Economic Union and the Japanese recovery from the war the need for this economic help was negated, although our diplomatic corps failed to recognize it. The current administration has recognized that the time for a re-evaluation of the global trade system has been ignored for too long and needs to be addressed. The subsequent hollowing out of the American manufacturing sector in helping the post Second World War world to recover has gone too far and the need to recognize that our trading partners should be treated as equals, not as supplicants who need access to our markets while protecting their own, is fundamental to all our wellbeing.

The Trump administration looked close to home and knows that a significant portion of our export trade is with two nations close to us, Mexico and Canada. In 2018, of the United States manufacturing goods exports of $36 Billion dollars about $14 Billion was with Mexico and Canada. The United States has operated for numerous years under the so-called NAFTA Agreement that gave advantages to both Canada and Mexico at the expense of American manufacturers and workers. Negotiated when American Diplomats were still locked into the post Second World War mentality of opening our borders and giving foreign countries better access to our economy than we obtained increased the drain on the economy and was increasingly evident. The Trump administration, to its credit, recognized this unbalanced agreement needed to be renegotiated if we were to maintain and strengthen our economy. The President has presented to Congress a modernized and more balanced agreement with these two countries that modernizes North American trade and protects our intellectual property, increases access to Mexican and Canadian markets with a more level playing field. American manufacturers are welcoming this agreement and urging its passage in order to take advantage of the open markets it promotes.

Pennsylvania stands to benefit from this agreement as two-fifths of Pennsylvania’s total global manufacturing exports are sold to Mexico and Canada. Agriculture is Pennsylvania’s largest industry and a significant portion of our food and beverage exports head to these two countries. Another industry that benefits from trade with Mexico and Canada is chemicals which has increased exports to Mexico and Canada over 60% in the past decade, so we know it will do even better when the new agreement is ratified and make American made products even more competitive. One of the benefits of the fracking industry in Pennsylvania is the amount of wet gas that is produced. “Wet” gas contains the elements of hydrocarbons that are used to produce plastics and other chemicals and are especially prominent in western PA fields. Shell Oil is spending billions on a new plant in western PA to “crack” the hydrocarbons, providing high paying construction jobs now, and offering high paying work in the future as the plant is brought online. As more of the pipelines connect our gas fields with manufacturing and distribution points throughout the country the economic benefits to the state and its workers will multiply.

Lowering the cost of power and heating in Pennsylvania as natural gas does, with the option of transportation improvements via natural gas, enables Pennsylvania manufacturers the opportunity to lower their cost of production, pay higher salaries to educated workers, and still be less expensive than many other companies around the world. Pennsylvania’s “Keystone” position in the middle-Atlantic states and its access to Canada, combined with the infrastructure it commands, should enable us to enhance the living standards of our residents and enlarge its economic growth substantially with the passage of this agreement.

With such a positive agreement finally negotiated that creates a level playing field for American manufacturers, companies, and workers, it would seem to be something that would galvanize the Congress to proceed and approve. Unfortunately, as usual, the Democrats are playing politics with our prosperity and the opportunity to improve our lot in the private sector, possibly because the benefits are not handed out by the government, but accrue to the hard work of the workers and companies that seize the opportunity the agreement allows them.
The agreement is sitting in limbo in the house as the Democrats refuse to help American workers, especially if it appears that the Trump administration will get the lion share of the credit. Signed in November of 2018 the agreement has been ratified by Mexico, and Canada apparently is waiting on the United States before it proceeds. The Democrats are stalling. It is hurting us here in Pennsylvania. One out of four Pennsylvania businesses export to Canada and Mexico and 80% are small and medium sized businesses. Many of those businesses are here in Montgomery County.

It seems amazing that very little is mentioned in the news today about this opportunity to help the economy and raise workers standard of living, while we are treated to a daily attack on President Trump for uncovering more corruption in Washington every day, like a favorite son being paid hundreds of thousands to sit on a corporate board for which he has no qualifications other than to who he is related. We live in an industrial giant of a county that would benefit significantly from this agreement and are represented by a Democrat that toes the leftwing Democratic party line. All elections have consequences and failing to elect Dan David last year has hurt the economic growth of this county and state.

It would be of great service to the country, state, and county, if the members of rBOAS would rouse themselves to send a letter or e-mail to Madeleine Dean and suggest she start to represent the interests of her residents and not the radicalism of the current Democratic Party, by urging the passage of the United States, Mexico and Canada trade agreement.